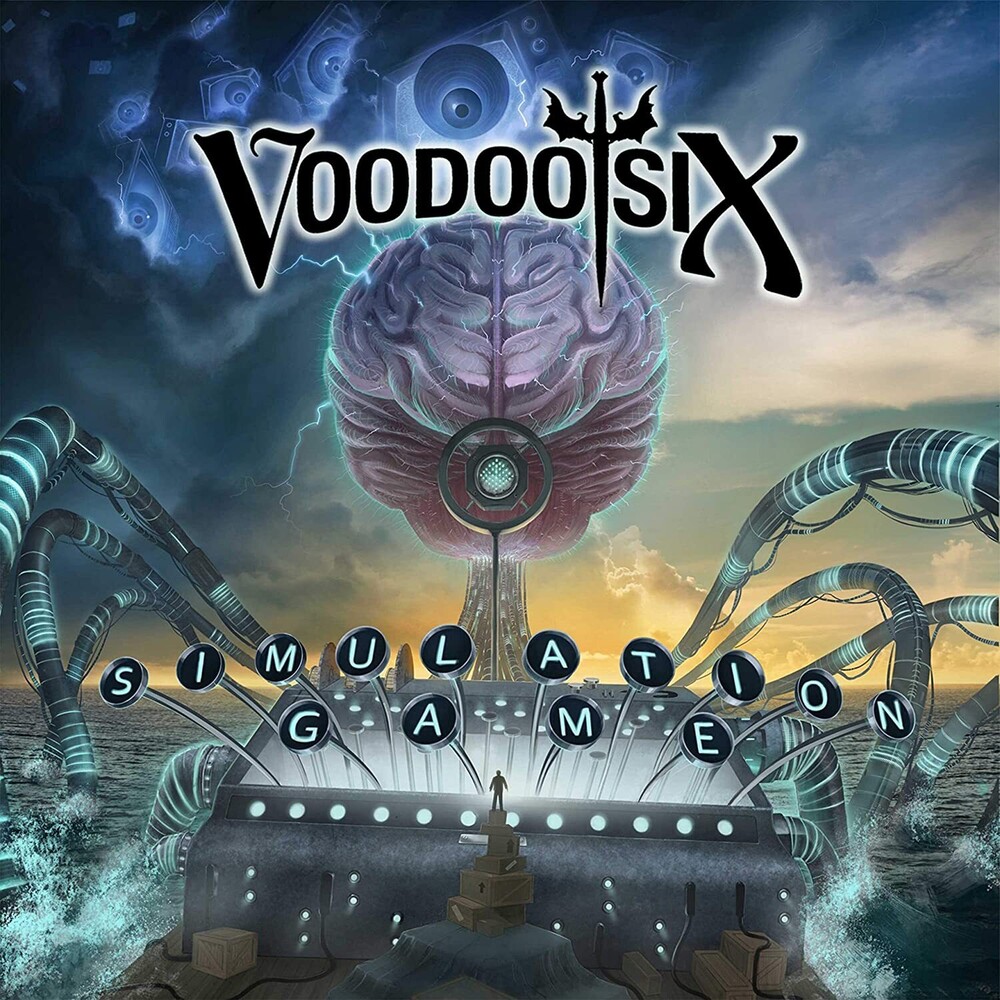 Voodoo Six are about to release a new album 'Simulation Game', critical consensus being that they've raised themselves to another level with this release. The new album 'Simulation Game' is the follow up to their 2016 album 'Make Way For The King' boasting the talent of new vocalist and front man Nik Taylor-Stoakes. 'Simulation Game' consists of 10 tracks produced/mixed by Tony Newton (Iron Maiden, British Lion, Airrace) and mastered by Ade Emsley (Iron Maiden, Steve Harris).Iron Maiden founder and bassist Steve Harris commented: "I've been keeping an eye on Voodoo Six for a while now and they've produced a cracking new album with real promise. It's great to support true British up and coming talent." The new album was recorded & mixed at Harris' Barnyard Studio.Voodoo Six have always been renowned as a formidable live force, notably as special guests of Iron Maiden, UFO, Extreme as well as headlining shows throughout the UK & Europe. The band has also performed four times at the Download Festival and twice at Sonisphere.Voodoo Six specialise in a delivering driving, contemporary rock with an undercurrent of blues and cut through with killer riffs. Classic Rock Magazine approve, "groove, pace, power, insistent songs and some stunning musicianship."The new album shows just why the band has gathered such a loyal following. There may have been a few bumps in the road along the way but with 'Simulation Game' Voodoo Six show that they still have the ingredients to make a massive statement. Tom Gentry (GUN/Marco Mendoza) joins the band on guitar, which brings an added dynamic to the six-string assault.