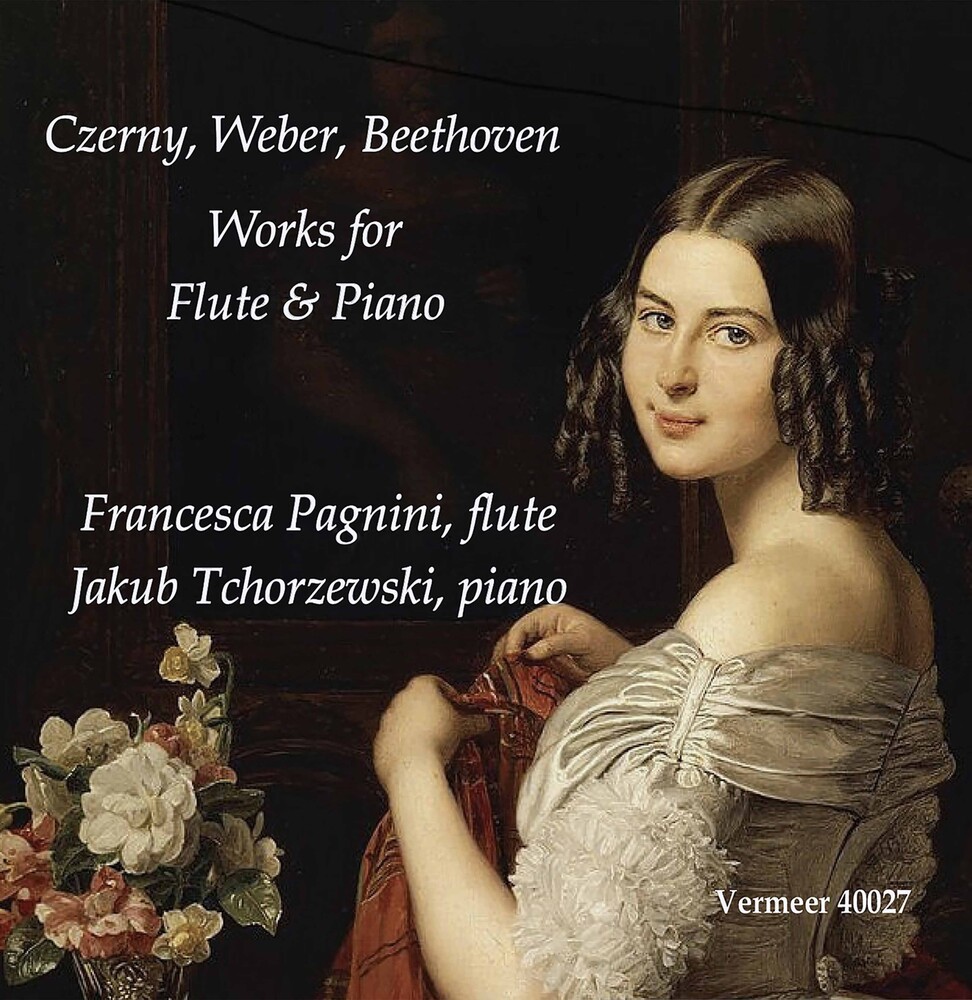 In the first half of XIX Century music for flute and piano reached a wide diffusion among professionals and amateurs. Most famous and celebrated opera arias were arranged for this combination and released and there were also many short tracks and dances compilations especially in Austria and Germany. Near these minor releases there were operas characterized by a stronger formal commitment and three of them are presented in this Vermeer album. The First one is Carl Czerny's Grand Duo op 129. He was probably the most talented Beethoven student and during his varied career as a pianist he became a very famous teacher and the most authoritative exponent of Biedemeier style. It follows Carl Maria von Weber Sonata op 39 in the 1817 August Eberhard Müller musical arrangement. Carl Maria von Weber can be easily considered as the founder of German opera. At the end of this release there is Beethoven's Sonata op 41- apparently a minor work but with all the genius of German composer